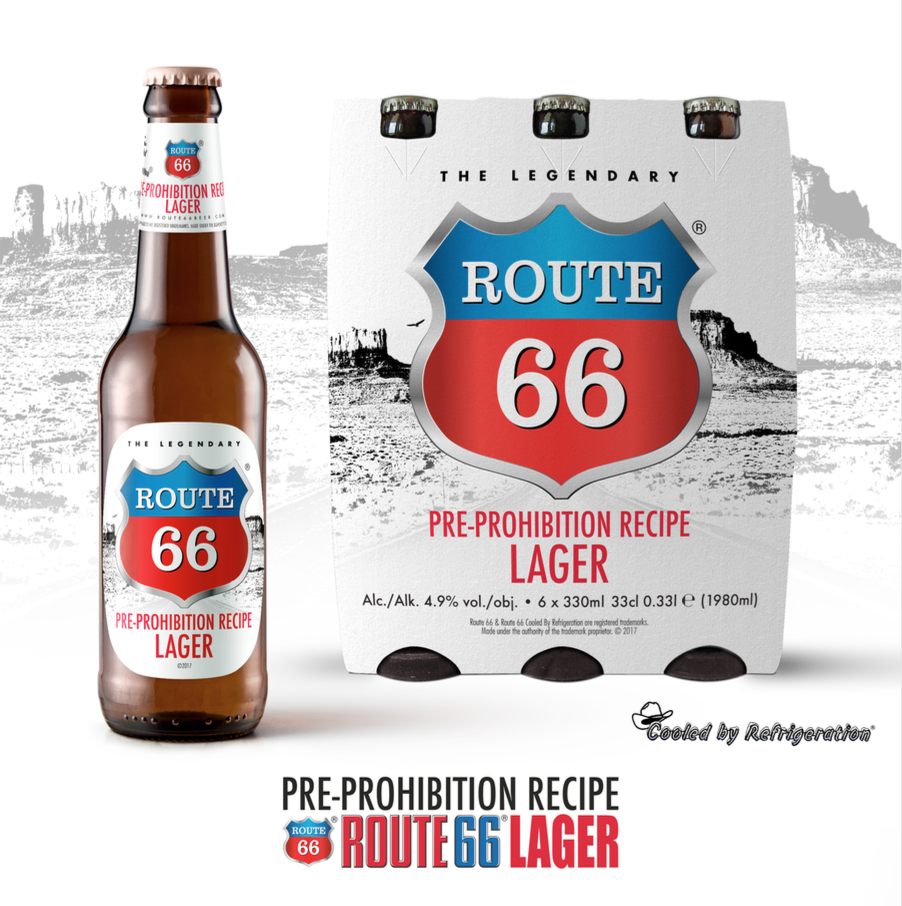 Pre-prohibition beer recipes conformed to traditional 19th Century lager principles because the brewers of those beers were from classic European brewing centres.

ROUTE 66® Pre-Prohibition beer is high quality lager with pilsner character and this beer is only made from malt, hops, water & yeast with no additives as beer was brewed in America until 1920 before prohibition.